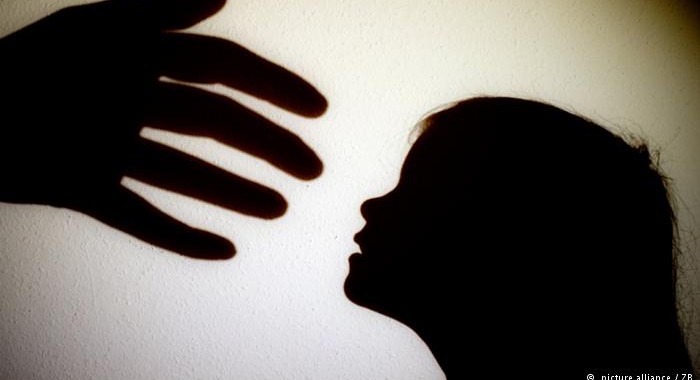 Ruby, a lively, beautiful, sprouting girl of 9 years age, was living in a small town of District Sialkot. She was obedient, submissive, caring and helping hand to her mother. She used to look after her four younger siblings as well. One day, Ruby’s mother and father developed some tension and hot verbal encounter between them. Ruby’s father slapped in the face of Ruby’s mother. Ruby being their eldest daughter came in between them to rescue her mother. Her furious father hit her against the wall. Because of that hitting, Ruby developed cerebral haematoma (a swelling in the brain) which resulted into a little bit of headache for about 3 days. No medical consultation or treatment was provided to her. Then, after about 4 months, the headache reawakened which arose to severe agony and her sudden death. No legal case was registered against anyone, and that sweet baby was laid to rest forever in a nearby graveyard.

Adnan, an intelligent and active boy of 7 years was hardly slapped in his face by a school teacher because he reached school late by five minutes on that day. The teacher wanted to discipline the child. The slap was so hard on the innocent, meager face of Adnan that his left ear started bleeding because of rupture in the tympanic membrane which resulted into permanent loss of hearing by that ear.

Tahir, a 13 year old social and active boy of class 8 was whispering with his class friend. His class teacher took note of it and wanted to discipline the child. The teacher uttered a long list of abusive and taunting comments against Tahir and his parents. Finally, the teacher said, “if you ever whispered or talked to anybody in the class, I shall put off your trousers and give a 100 sticks at your buttocks.”

Saleem, a poor boy of 8 years commonly named ‘chooto’ was working 12 hours a day in a motorcycle workshop with no wages but two loaves of bread in the afternoon. He was almost punished daily by his cruel masters. He was suspected to be sexually abused by the workshop older boys. He had many wound scars on his face, arms and feet – the bare parts of his body.

These are just a few examples of innumerable stories scattered here and there in our homes, streets and schools. What atrocities are being done in the name of discipline? In our traditional society, children are supposed to be the property of parents and teachers, and they are treated according to the whims, wishes and temper tantrums of incompetent parents and teachers. Additionally, it is widely known phenomenon in our society that children are kidnapped, amputated, physically deformed and thrown on the roads for begging to fill the pockets of their cruel masters. Some kidnapped children are brainwashed, forced for bonded labor in Kharkar Camps, and their body organs are sold in the medical market. Some children are sold for prostitution. Many are treated cruelly in most of the religious institutions (Deeni Madrisas).

All religions including Islam extend the prerogatives of tenderness, innocence, affection, kindness, forgiveness and above all ‘love’ for the young ones, but these are being violated by the uncivilized, harsh and brutish adults of many societies. It may be argued that, if we are not kind, affectionate, forgiving and loving to our children, how Allah can be kind, affectionate, forgiving and loving to us.

Ladies and gentlemen! There are many of us who argue that children must be punished or beaten so they may be better disciplined. While on the other hand, there are many others who wish not to punish or beat their children but cannot remain without doing it. A recent study by the author on the subject revealed that a great majority of fathers (73%) and mothers (80%) admitted that they punish their children to discipline them. The most frequent forms of punishment were slapping and/or kicking (fathers: 67%, mothers: 72%). There were only 9% fathers and 9% mothers who verbally abused their children and refrained to apply physical punishment. In response to a question ‘do you think that it is necessary to punish children for their better training or socialization?’  92% of fathers and 95% mothers mentioned in the affirmative. It was interesting to know that 87% of fathers and 87% of mothers recalled and reported that they were sometimes punished by their parents or elders.

Results of the study have also indicated that about 87% of today’s fathers as well as mothers were physically punished during their childhood. Today’s 92% fathers and 95% mothers think that physical punishment for today’s children is necessary for their proper training and education. Further, a great majority of fathers (73%) and mothers (80%) practice corporal punishment on their children mostly in the form of slapping and kicking (fathers: 67%; mothers: 72%). This gives an indication that child abuse in the form of corporal punishment is going to be a cyclic process. And, if the cycle does not stand still, it may continue for generations to come, and the abused children of today will become abusers of tomorrow. This also gives a notion that the parents of today in spite of much education, awareness and advancements in almost all fields of life are hostile towards their children and quite ignorant of positive parenting techniques which may be without slapping and kicking. Parents’ and teachers’ behavior are role models for children and all hitting is a lesson in bad behavior.

Violence against Children:  The Repercussions

Results of many researches in the world have indicated that the possible side effects of corporal punishment or violence against children are:

Violence against children: What can be done to prevent it?

In order to prevent such loss due to violence against children, it may be suggested that:

1) Violence against children its schools and homes be legally and socially banned. In this regard, immediate steps be taken for legislation at national level.

2) Public opinion be mobilized through mass media and seminars etc. to create awareness and educate about hazards of violence against children.

3) Children must be facilitated, respected and loved everywhere as they are human beings too.

4) Positive parenting techniques, healthy ways of imparting education be propagated effectively so as to be a civilized and developed nation of the world.